Shay Holland is a petite powerhouse. The Southern California-based interior designer made her debut on HGTV in 2021 on Unfinished Business, which also describes her foray into the design world. The daughter of a veteran, she grew up outside Chicago helping her father renovate homes and restore antiques. Still, she didn’t plan on making interior design her profession. She ended up studying at Northwestern University and went into television news. But with her excellent taste and feisty personality, she was made for HGTV.

Since the first season of her show, Holland has been busier than ever with private clients and renovating the chic tiny house she just moved into. I recently caught up with the designer to discuss her road to HGTV, design philosophy, what drives her and so much more. 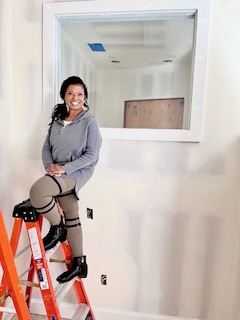 Since the first season of “Unfinished Business,” Holland has been busy with her own home renovation project.

When did you realize you wanted to become an interior designer?

Design has always been in my nature. I was building something from the time I could pick up Legos. My dad encouraged my creativity by teaching me how to use real tools early on. We would restore antiques to upgrade our basic military housing. I think I was fresh out of school when he took me to Chicago’s Merchandise Mart (the world’s largest design center) and let me furnish his house. He was my first client.

How did you get your start?

Building houses with Habitat for Humanity was a defining experience for me. Our families tended to be large while the urban lots were very narrow so we would run into layout issues. I would look over the architects’ shoulders and learned that I had a gift for devising solutions. We started using my ideas in our houses. I was captivated by how architecture and design helped to rebuild lives.

My journey led me to media before eventually coming full circle. The catalyst was a comment I made to media coach Barbara Barna Abel about a project I was doing with power tools. Maybe I was undervaluing my “superpower,” she said. The conversation got me thinking about getting back into design. Amazingly, just days later, HGTV was calling.

How would you describe your style?

I design for how I want a space to feel. I want uncluttered comfort. I need things to function effortlessly. I crave nature in my spaces. Craftsmanship is also super important to me. The influence of my journalism background is evident in my approach: my spaces tell a story. 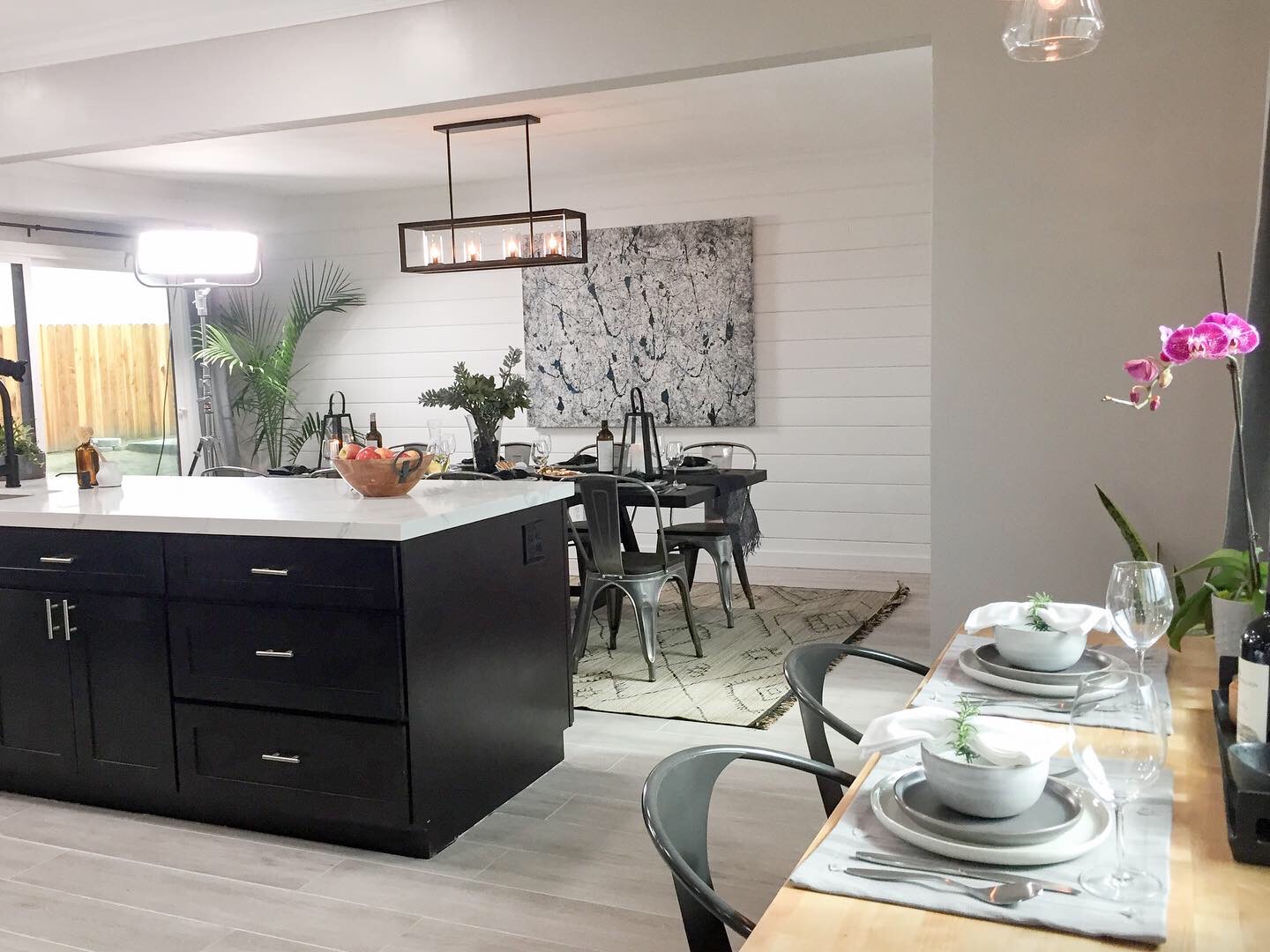 My secret sauce is being able to give people an emotional, spiritual, and physical connection to their home; a place that captures and expresses who they were designed to be.

What’s the first thing you do when you start working with a new client?

I like to start with a tour of their space and have them show me what’s working and what’s not working. I’m listening and trying to understand where they’re at in their lives and where they want to go.

What are your favorite interior design trends?

At the moment, the trend is to view home as an extension of our well-being and to curate a purposeful space that uplifts our physical, spiritual, social, and emotional health. Coastal, boho, and vintage resonate with so many people right now because we’re wired as humans to seek refuge in chaotic times and those trends evoke renewal, stability, and making good memories.

What trends are your least favorite?

I’m not a huge fan of the maximalist trend. My least favorite looks are high-maintenance ones, like layered rugs—who wants to pull everything off to clean the bottom rug? And yes, we put open shelving in every TV renovation show but truthfully, most people need doors. Stuff gets dusty and requires constant attention. Sacrificing livability to me is like walking around in shoes that are way too small. 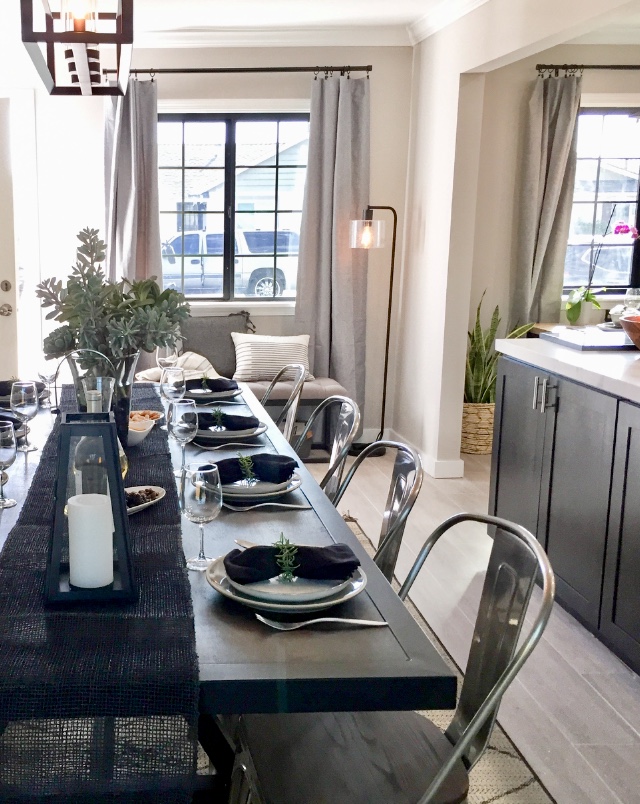 For many, the home is now an extension of our well-being. (Courtesy of Shay Holland / @shayhollandofficial)

What have been your biggest design challenges?

I’m all for breaking design rules but occasionally I’ll get a funky request that I won’t try to execute. A homeowner recently asked me to create a spa, gym, and storage space designed around a lap pool—in his garage. He had talked himself into installing the heated pool inside when backyard permits got delayed. Because the garage wasn’t equipped for it, condensation was rotting parts of the structure. I gave him an entirely free design and landscaping plan so that he would move the pool outside. He decided to follow my advice.

Another client wanted to paint her entire house purple, down to the interior trim. And not a soft lilac or velvety plum, but grape. I steered her to test the color in a hallway and small room. She saw that doing the whole house in the intense shade was too much of a good thing.

What’s a project you’ve worked on that you’re incredibly proud of?

Designing four homes in just six weeks as a rookie HGTV designer! Managing an enormous amount of logistics on such tight deadlines was a mammoth challenge, especially as we ran into the perfect storm of supply chain issues, backorders and shutdowns. I’m not sure if anyone believed that I was going to be able to pull it off! While the experience was beyond exhausting, I’m incredibly proud of the renovations that the team and I accomplished.

How did getting cast on HGTV change your career?

My first season was largely about proving myself in the industry. Unfinished Business was created as a vehicle for our main host, Tom Reber, who did an excellent job. For me, it got my foot in the door. Now I’m fortunate to be in a position to pitch shows and explore opportunities with my agent, Babette Perry of Innovative Artists. If I do my own show, it’s important that we keep it as real as possible since I’m not the biggest on-camera personality. It’s the introverted creative in me who just wants to pick up a hammer and get to work. 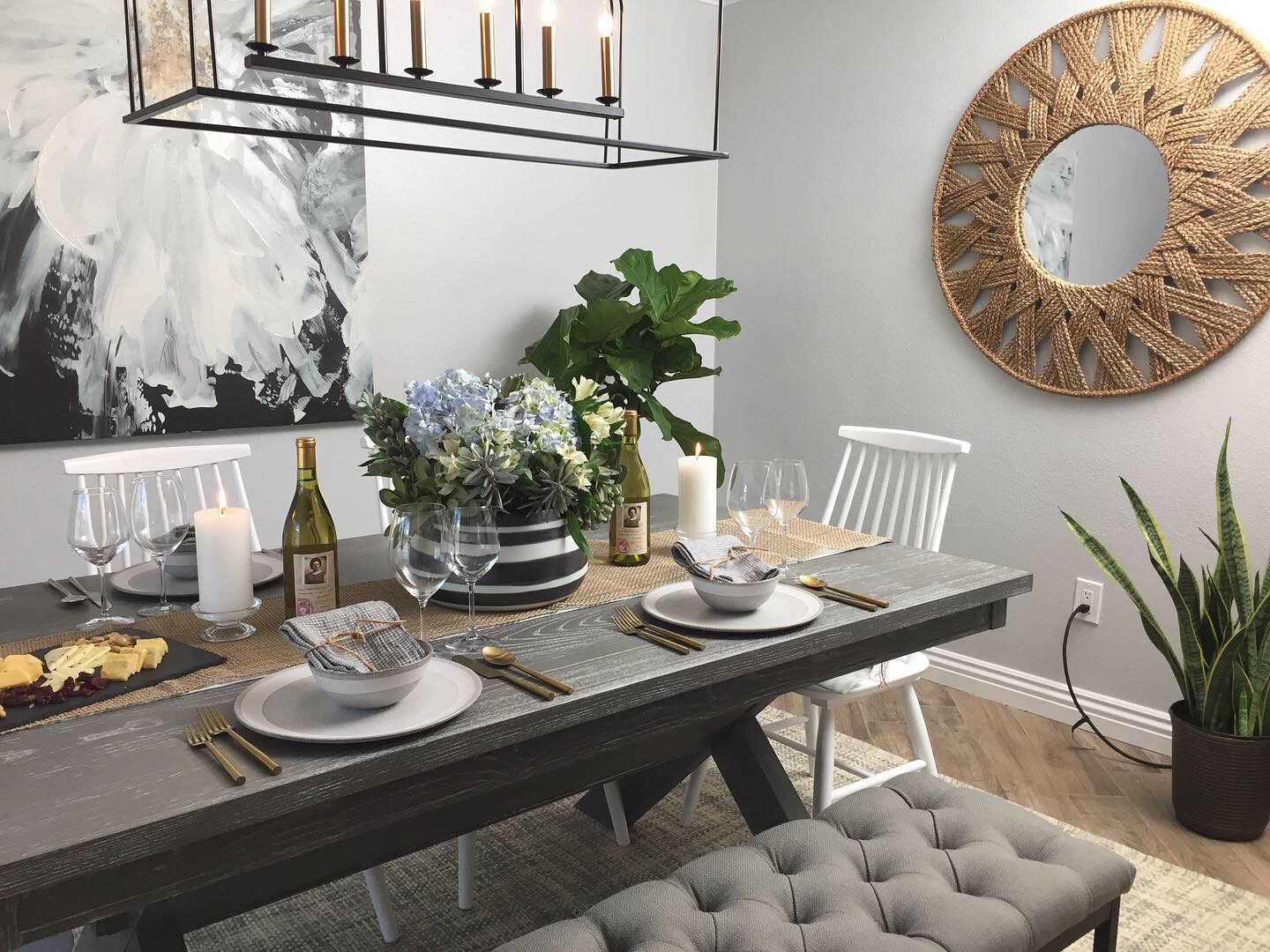 Is designing for television different from real life?

TV design requires more of a Midas touch. I have to deliver that “wow” factor in way less time and with far smaller budgets than real life. TV also has more rules. I have to create the big reveal while making the home functional and inviting without the benefit of items I would normally use, like mirrors which we avoid because of reflections. Camera angles and lights magnify imperfections so I have to pay extreme attention to detail. A small ding in an appliance may not be a deal-breaker in real life but on camera, it can look like a crater. Design is always about problem-solving— even more so for TV.

Tell me about the tiny house you’ve recently moved into?

I had shared on Instagram a while back about my fascination with tiny house living. It’s been an adjustment that meant substantial downsizing and using every DIY rental hack on the planet to make it work for me. My priority was removing ceiling-height cabinets that blocked the light. Plus, I’m not that tall so I literally had to get a stepladder every time I needed a pair of shoes.

The bedroom and bathroom doors collide so I plan to replace one with a barn door. I loved one we did for our show where we painted Sherwin Williams Iron Ore for an industrial vibe so I’ll replicate it. I found a removable wallpaper mural with a softer feel so I’ll experiment with juxtaposition. I like to be able to change things up so I’ll even add wheels to pieces as I buy furniture. People say, “Oh, you’re wasting money renovating a rental,” but I’m happiest when I’m creating.