Some 80 years ago, a group of concerned citizens banded together to form a coalition whose sole purpose was to protect their little town of Cherry Hills Village from encroaching commercialization.

The area’s pastoral beauty with wide-open fields sprinkled with patches of cottonwoods and placid bodies of water had attracted the attention of Denver residents looking to escape the city—it also drew the attention of developers looking to add businesses and industrial plants. Thus, the Cherry Hills Improvement Association was born and thanks to their efforts, Cherry Hills Village remains commercial-free to this day.

While the southern suburb has maintained its bucolic charms, albeit an affluent one, the introduction of the I-25 highway has made access to downtown easier than ever.

What was once an isolated enclave for weekend stays has now become the primary residence for many of Colorado’s wealthiest and most famous residents, who are attracted, in part, to the spacious lot sizes, says John Jaster of Slifer Smith & Frampton Real Estate

“The size of the land affords people privacy and security and certain clients need that,” Jaster explains. “They need the space and serenity, and they can find that in Cherry Hills Village.”

Most of the homes in the area follow more traditional architecture with stately embellishments like columns, stone facades and porte-cochères. Modern-styled homes, though less common, can still be found.

While many exteriors are more classical, interiors are often outfitted with state-of-the-art comforts and contemporary designs. 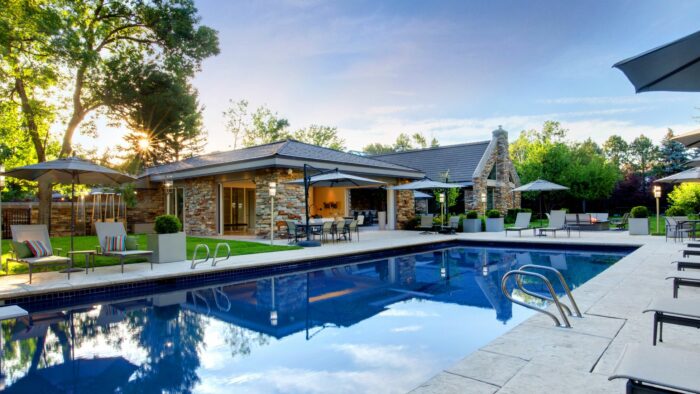 Estates ranging from 1-10 acres are commonplace in the community. This renovated estate at 9 Cherry Hills Farm Court sits on 1.8 acres and is listed for $10.1 million. (SLIFER SMITH & FRAMPTON REAL ESTATE)

According to data from Redfin.com, the median sale price as of May 2022 was $3.7 million, an increase of 51% compared to the year prior.

As with other smaller, estate-heavy towns where large lot sizes mean fewer homes, average prices can fluctuate greatly depending on one sale. For example, the median sale price in December 2020 was roughly $2.2 million and, by the next month, had jumped to just under $4 million.

At the median price point, buyers can expect to find sizable four to six-bedroom homes on smaller lots. The most expensive properties are comprised of mega-mansions on multi-acre parcels, which the area is known for. One such property, a 20,000-square-foot home purchased by new Bronco’s quarterback Russell Wilson and his wife, singer-songwriter Ciara, for $25 million, set the record for a single-family home in the Denver area. 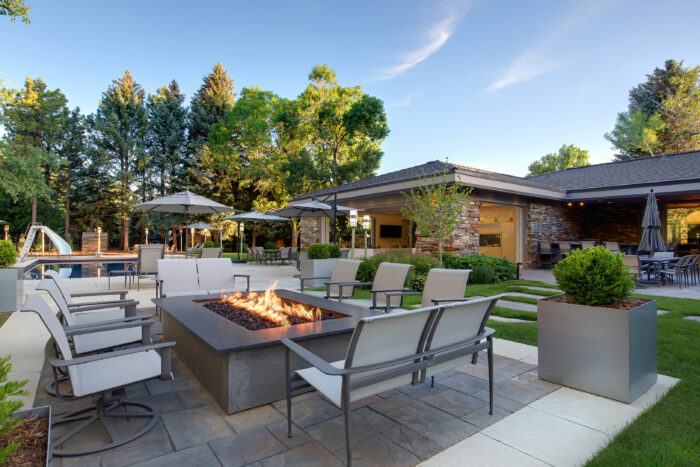 Many of the homes within Cherry Hills Village were designed in appreciation of the parklike setting and feature a wealth of outdoor living space. (SLIFER SMITH & FRAMPTON REAL ESTATE)

Although the area is known for its massive estates and wealthy residents, Jaster says a certain quaint charm can still be found throughout. “There’s a semi-rural character to the community— sort of windy roads and things like that to slow down traffic so that it can be that sort of soft country feel. And they’ve always maintained that. It’s still a Home Rule city, so you won’t find any commercial properties.”

Another of the few non-residential spaces found in the area is the renowned Cherry Hills Country Club. Celebrating its hundredth year, the country club has hosted such major events as the U.S. Open and the PGA Championship. 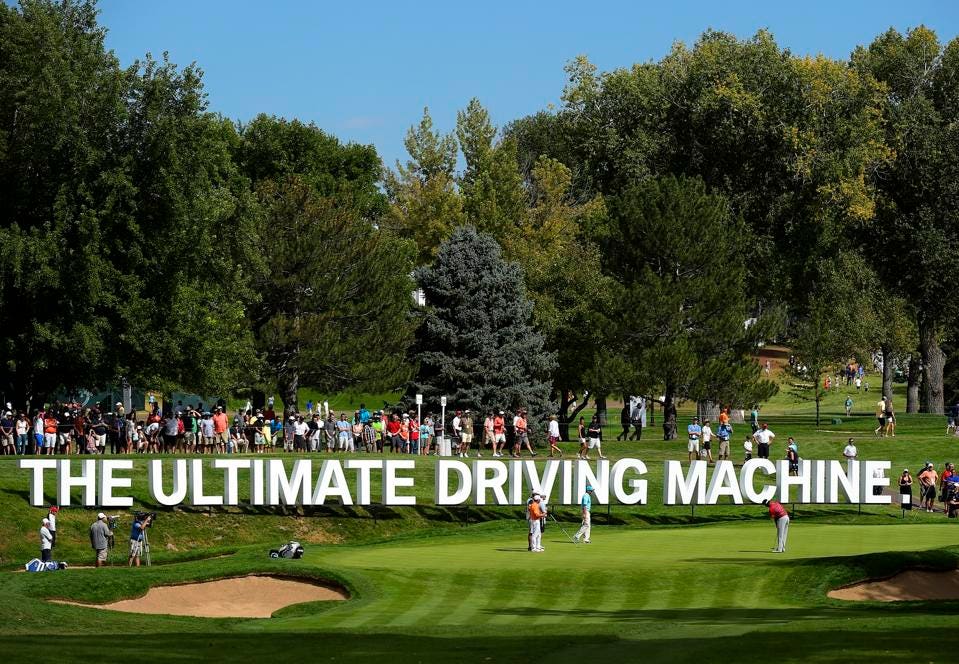 Bubba Watson hits a putt on the 15th hole during the final round of the BMW Championship at Cherry Hills Country Club on September 7, 2014. (US PGA TOUR)

Private schools located in town include St. Mary’s Academy and Kent Denver School. Founded in 1864, St. Mary’s Academy, a Catholic independent day school, has thrice been named a School of Excellence by the U.S. Department of Education. Serving students grades 6-12, Kent Denver resides on a 200-acre campus bordered by the Highline Canal. The co-ed preparatory school regularly ranks among the best private schools in the nation.

A two-hour drive away is the popular nature destination of Rocky Mountain National Park.

For ski enthusiasts, Aspen, Vail and Breckenridge lie roughly 3.5 hours away by car or an hour by flight.