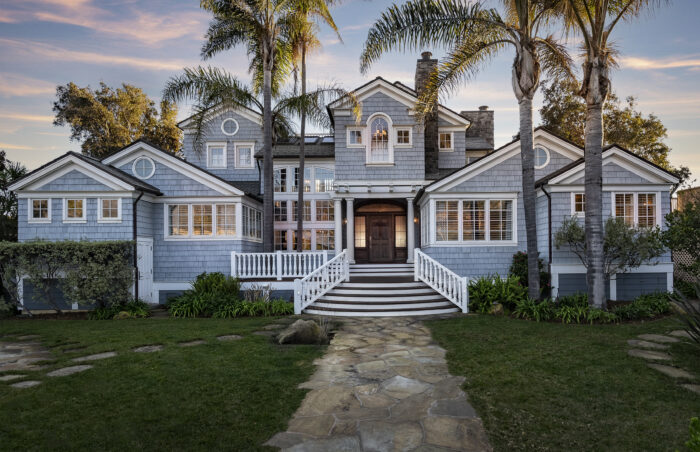 Some streets come with a well-earned cachet. For high-end shopping, think New York City and 5th Avenue may come to mind; Beverly Hills and perhaps Rodeo Drive is on the tip of the tongue. For luxury beachfront living in Carpinteria, a seaside city in California’s Santa Barbara County, the height of prestige is Padaro Lane. 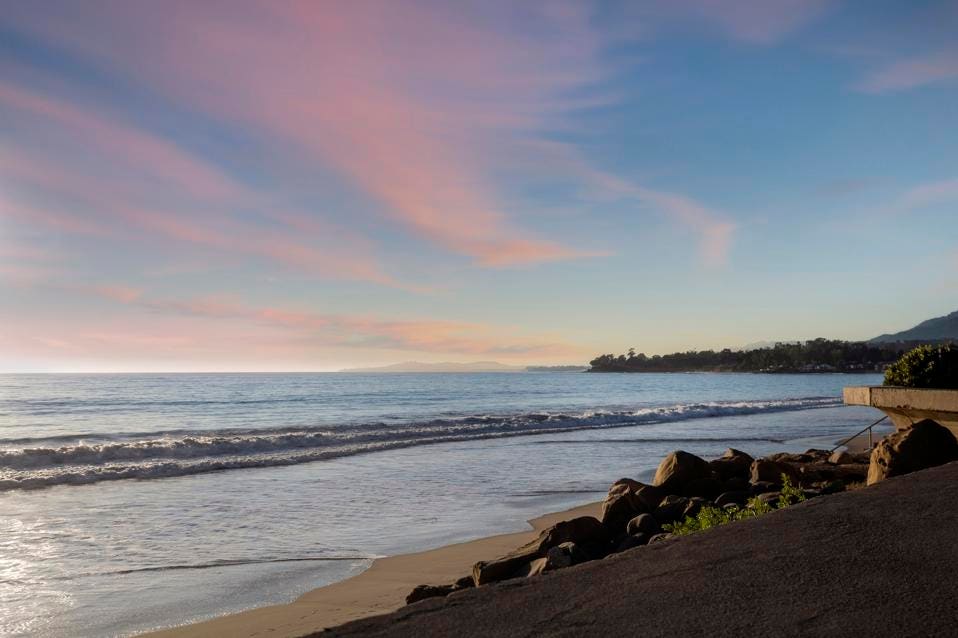 Unobstructed vistas, estate homes and stunning sunsets are a large part of the appeal of the Padaro Lane. (VILLAGE PROPERTIES)

No doubt much of what has attracted this Who’s Who of Hollywood to the celebrity enclave is the oceanfront locale. Estate homes line pristine beaches with views up and down the coastline. Yet all the major studios are within a 90-mile drive, making it a workable destination for weekend or extended getaways.

One such property now on the market for nearly $30 million is a gated Cape Cod-inspired compound that looks like it might have been plucked from the Atlantic shores of Massachusetts. 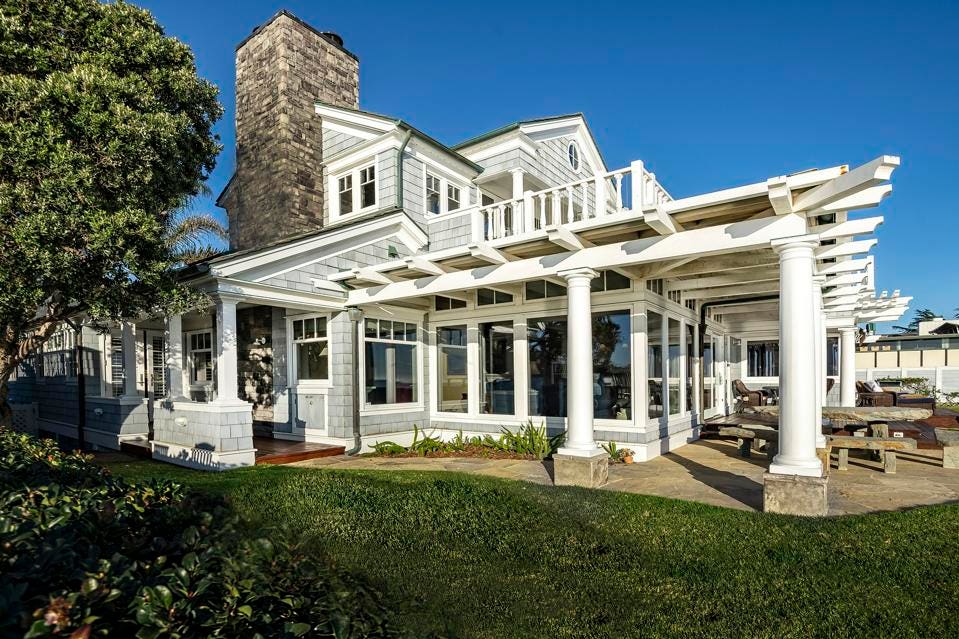 The Pacific-facing house is angled to make the most of the sunsets over the water while maintaining privacy. Lawn at the front and rear create a green oasis and buffer from the sand and street.

The gray-shingled main house extends the living space outdoors with a column-supported covered patio topped by white-painted beams and exposed rafter tails. A wood deck and flagstone area give way to stepping stones, a firepit and grass bordered by mature landscaping. 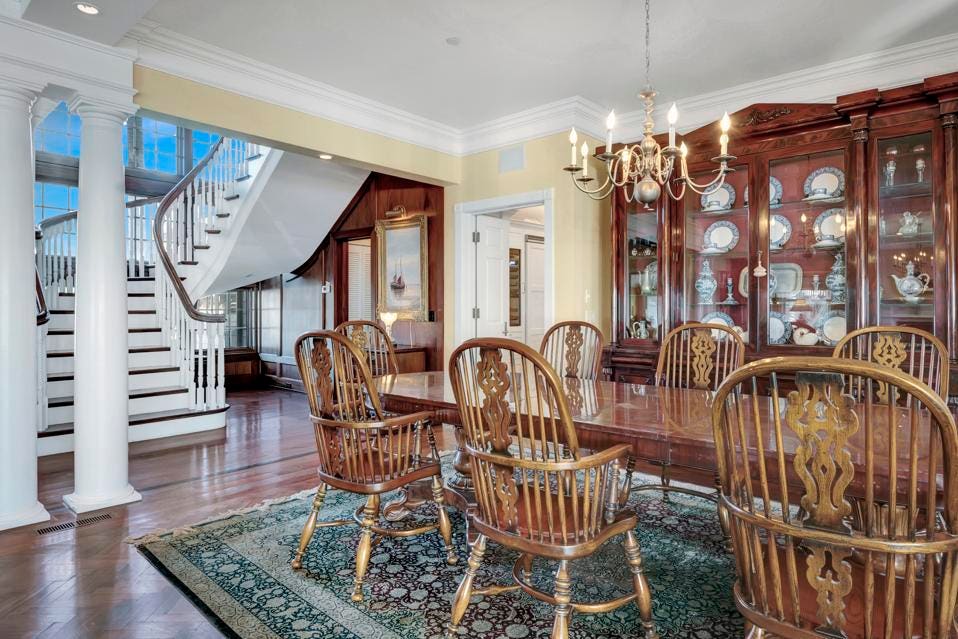 Walnut and mahogany floors, Baccarat lights and columns are among the details. (VILLAGE PROPERTIES)

Inside, the attention to craftsmanship is immediately evident in the wide central staircase, which dramatically curves upward to the second story.

A living area with herringbone patterned wood floors and crown molding centers on a fireplace flanked by windows. A Craftsman or Bungalow-style effect is achieved by the three-over-one pane windows. 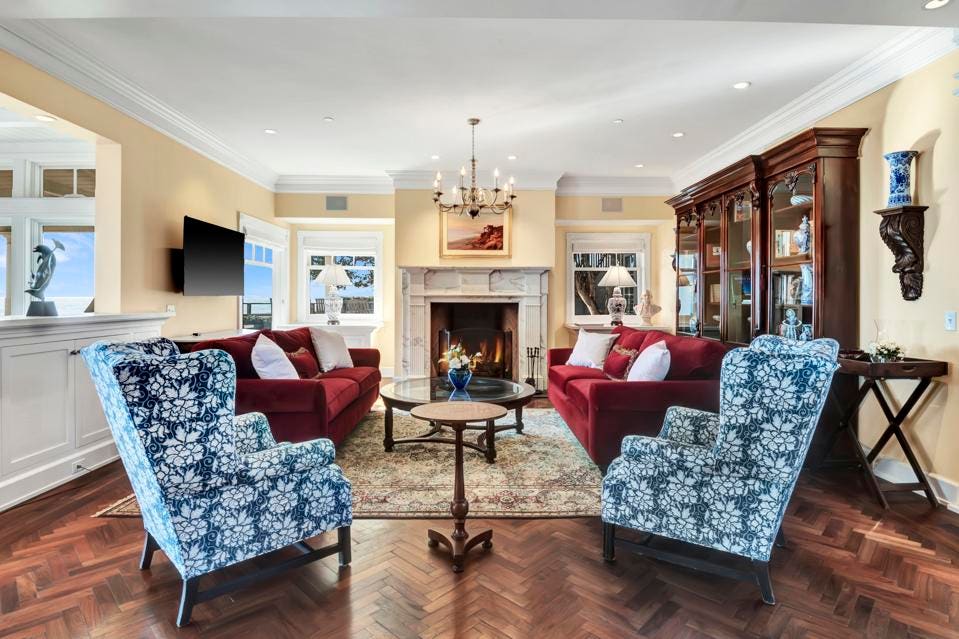 The living and dining rooms sit across from one another on the main floor. (VILLAGE PROPERTIES)

The kitchen features a marble-topped center island, Viking appliances and a butler’s pantry. An ice cream bar sits off the interior lanai. 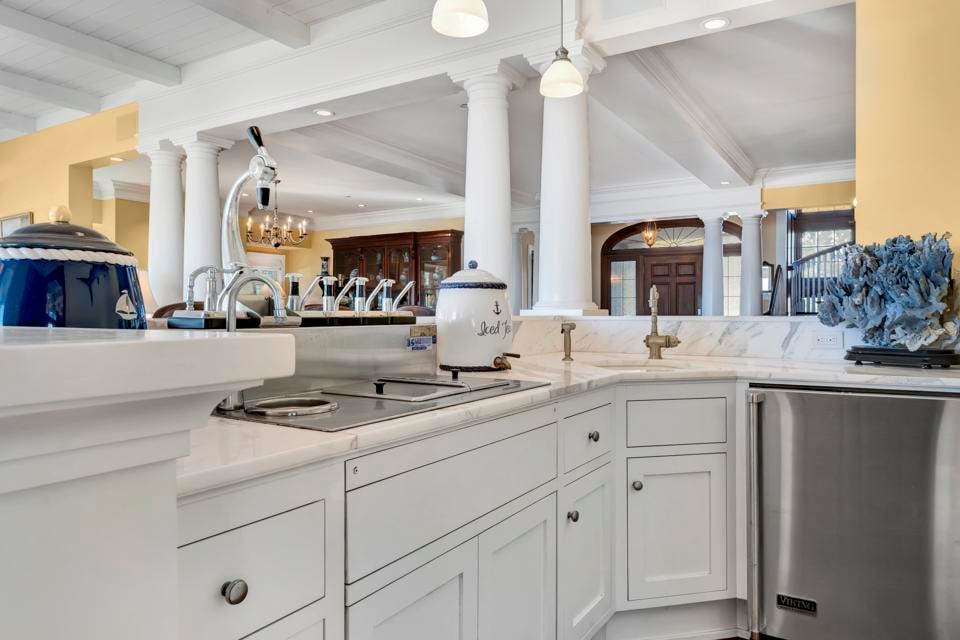 Among the home’s features are an ice cream bar and a wine cellar. (VILLAGE PROPERTIES)

The primary suite, one of five bedrooms, has vaulted wooden ceilings, an ocean-view window seat and a fireplace. Glass doors open to the second-level deck. Another suite that could similarly function as the primary also has a fireplace and balcony access.

There’s a wine cellar, as well as a detached guest house.

Emily Kellenberger of Village Properties is the listing agent for the property The asking price is  $29.5 million.