The kitchen is the heart of the home, making it one of the most important places to renovate, especially to increase property value, according to Vanessa DeLeon of interior design firm Vanessa DeLeon Associates

“As adults, we spend close to one hour per day just preparing meals for our families. When we buy or sell a home, the kitchen is the first place we look to make improvements. It is not surprising to see a rise in the number of kitchen projects this year,” DeLeon shares.

Whether you’re considering a major kitchen renovation or just a bit of a spruce up, here are eight design ideas to consider. 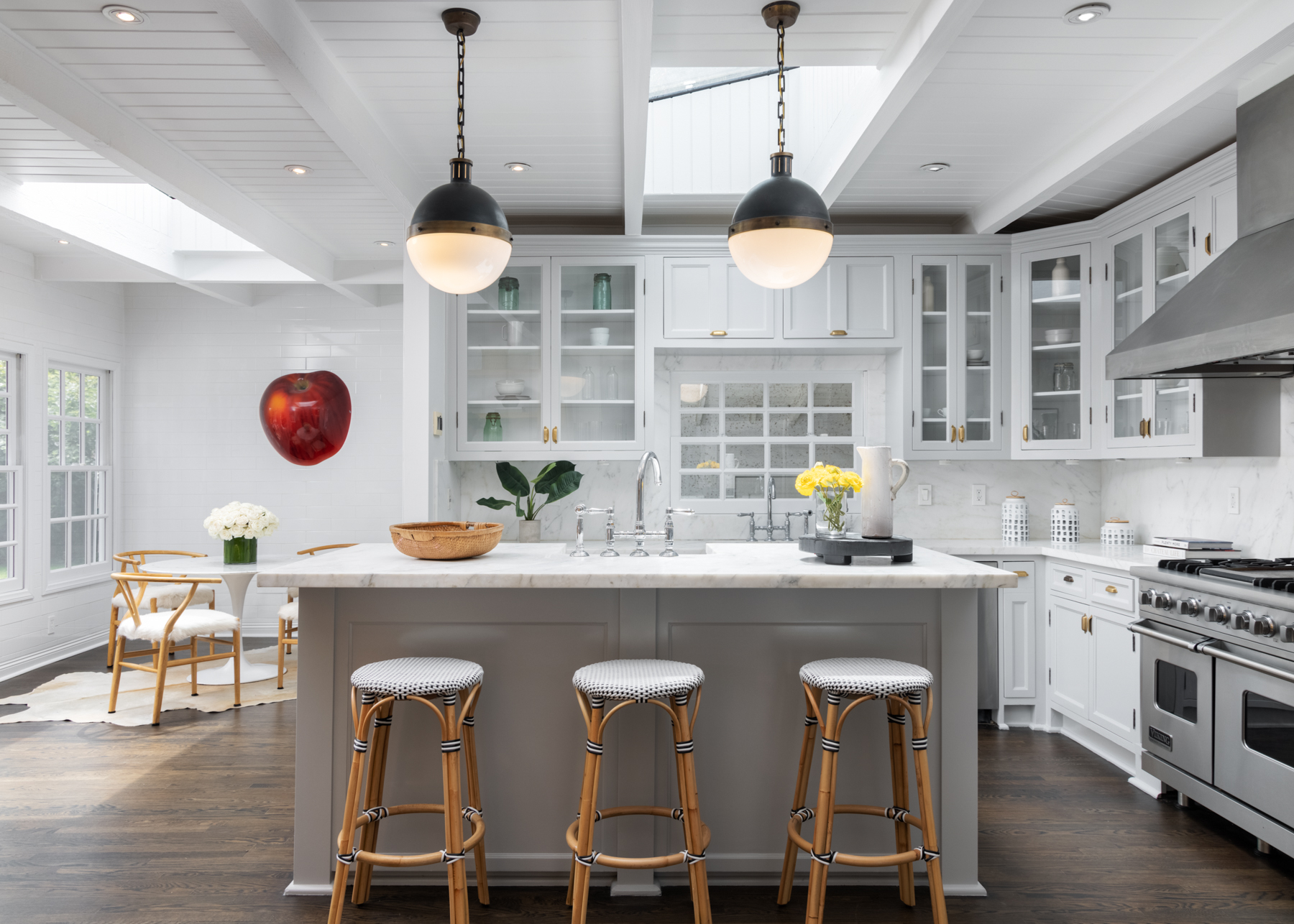 A large chandelier or pendant light over an island can make a statement in the kitchen. (Hilton & Hyland)

Artist and designer Elizabeth Sutton recommends adding bold or swag lighting fixtures to a kitchen. “Lighting not only adds to the decor in these spaces, but it also sets the mood.”

When it comes to lighting, the possibilities are endless. Consider installing a large chandelier or pendant light over a kitchen island. Alternatively, sconces can add a charming detail, especially in an eat-in kitchen.

Hanging globe lights are another trend. We see this in the kitchen at 1640 North Genesee Avenue in Los Angeles. Even the chains are chic-looking. It’s a perfect example of how bold light fixtures have the power to elevate. 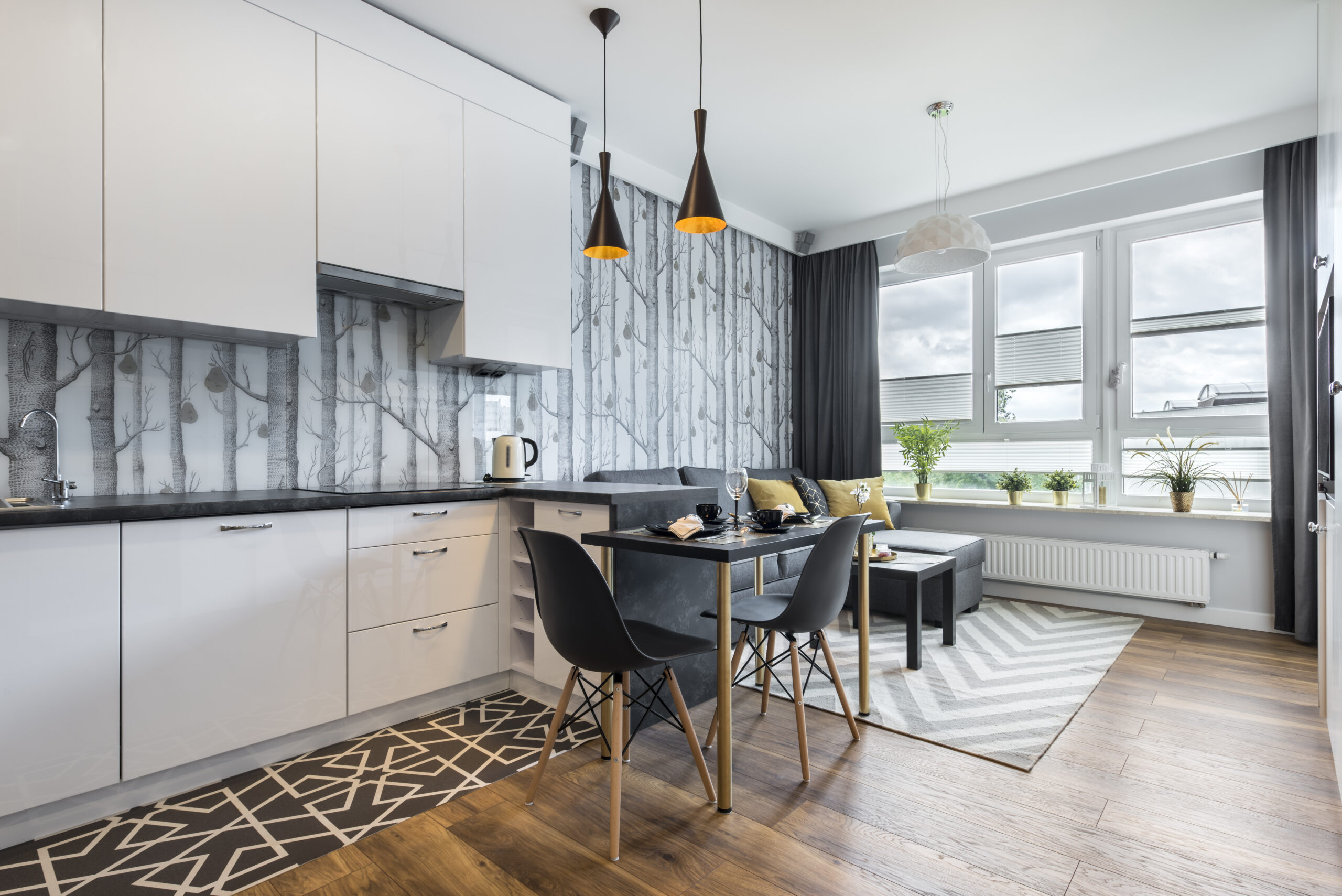 Not sold on tile or stone? Consider wallpaper for a more artful approach.

While many people think of wallpaper as something for a bedroom or bathroom, according to Sutton, it is also a great choice for the kitchen. However, she recommends making the wallpaper the star of the show to keep things balanced. “If you’re adding patterned wallpaper, keep the lighting neutral,” she explains.

If a patterned wallpaper won’t work in your kitchen or isn’t your style, consider a textured grasscloth wallpaper in an interesting color instead. 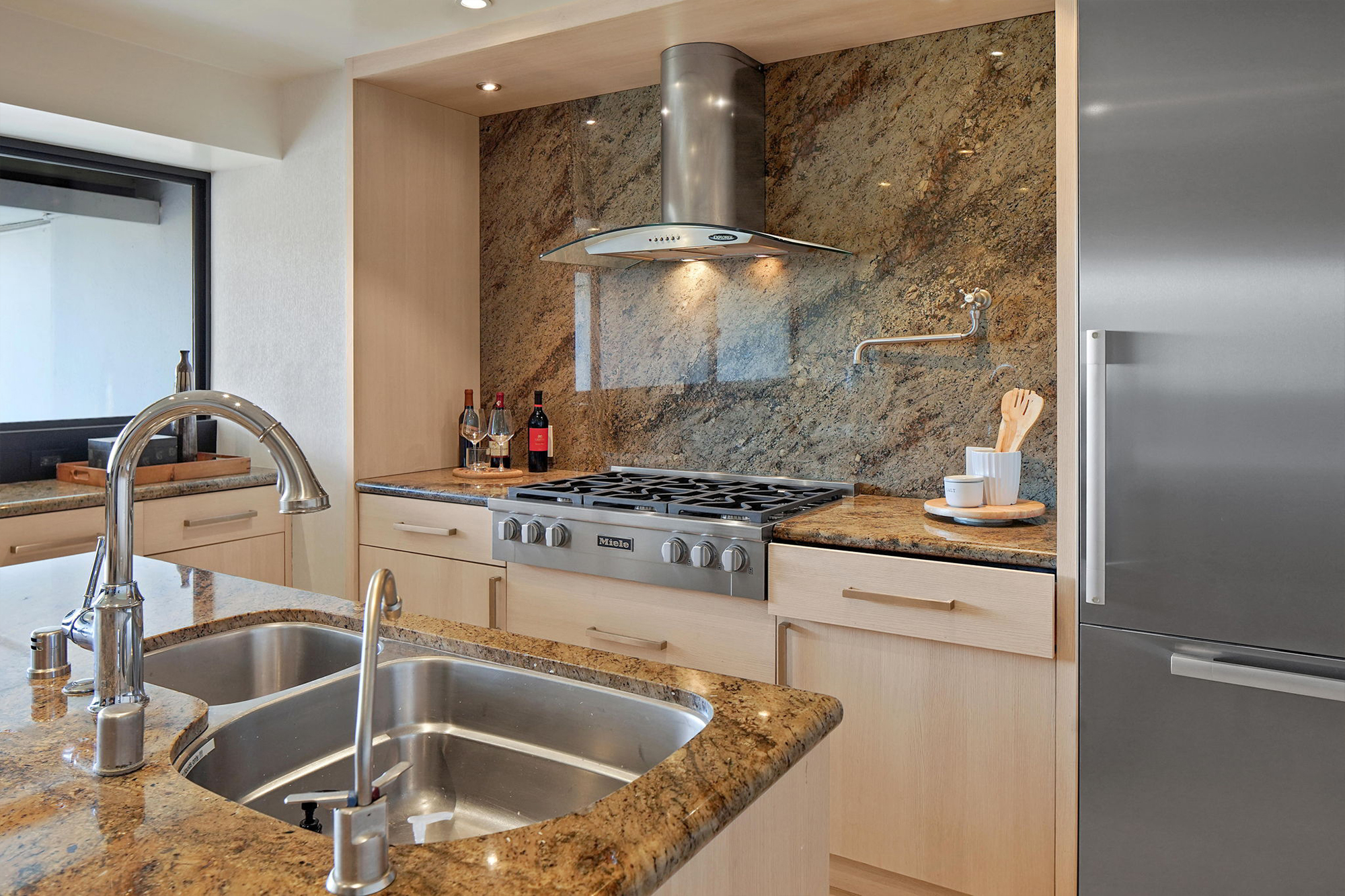 The uniform stone throughout this West Hollywood kitchen makes for a polished look. (Hilton & Hyland)

The backsplash is an essential element of any kitchen. While small subway tiles have been one of the most popular choices for years, styles are starting to change. “Traditionally, we’ve used the smaller mosaic tile for the backsplash, but larger stones are being added for depth and can really make a statement,” says DeLeon.

Using the same stone as the countertop is another way to approach this. We see this West Hollywood condominium, for example The uniform stone throughout the kitchen looks sleek while drawing attention to the beautiful view. 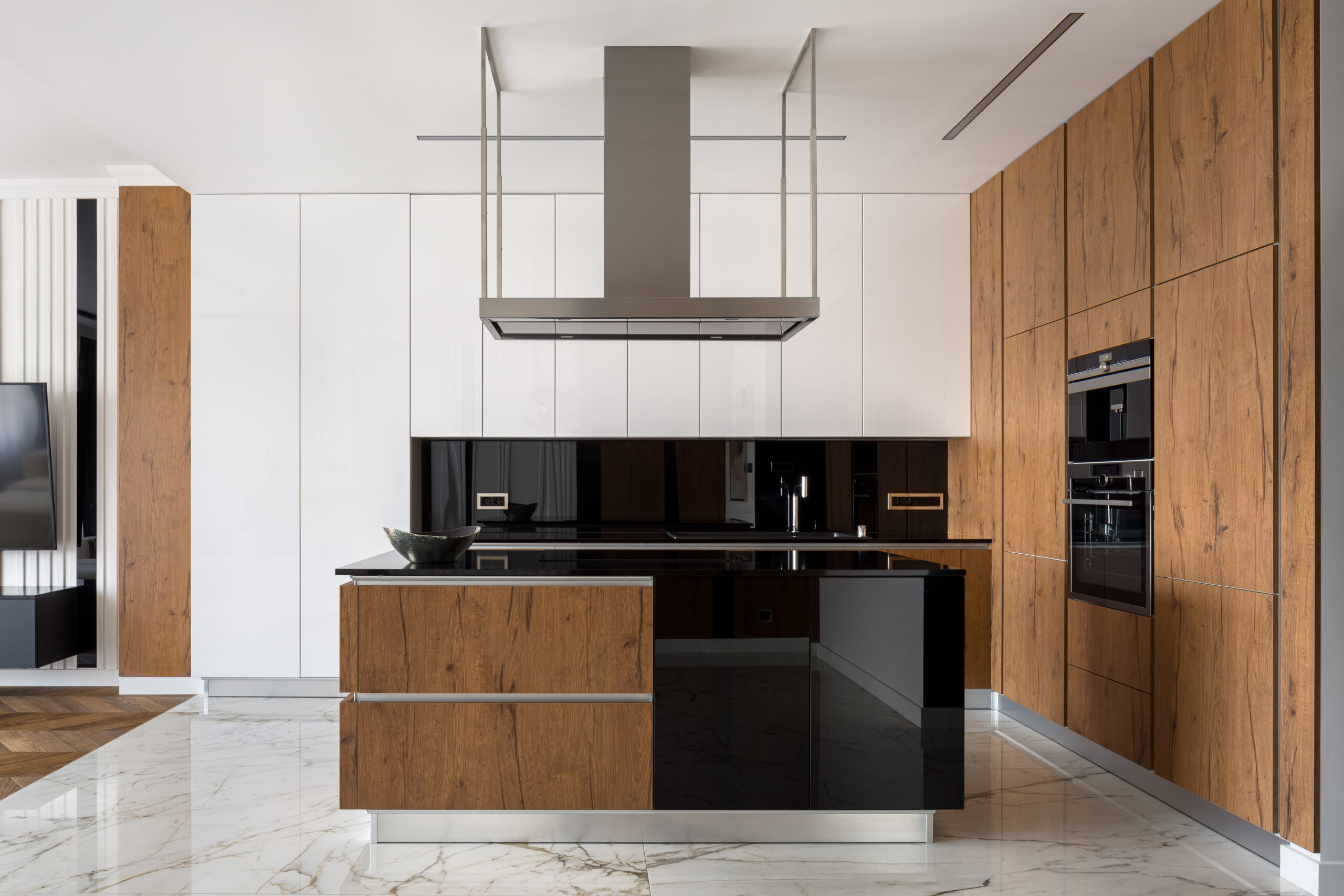 White Carerra marble countertops and lookalikes such as quartz have become a high-end standard, but this style is slowly falling out of favor for darker stone, which can add drama. “The sleek, organic, crystallized, and veined countertops are now available in rich black and exotic blues,” says DeLeon. 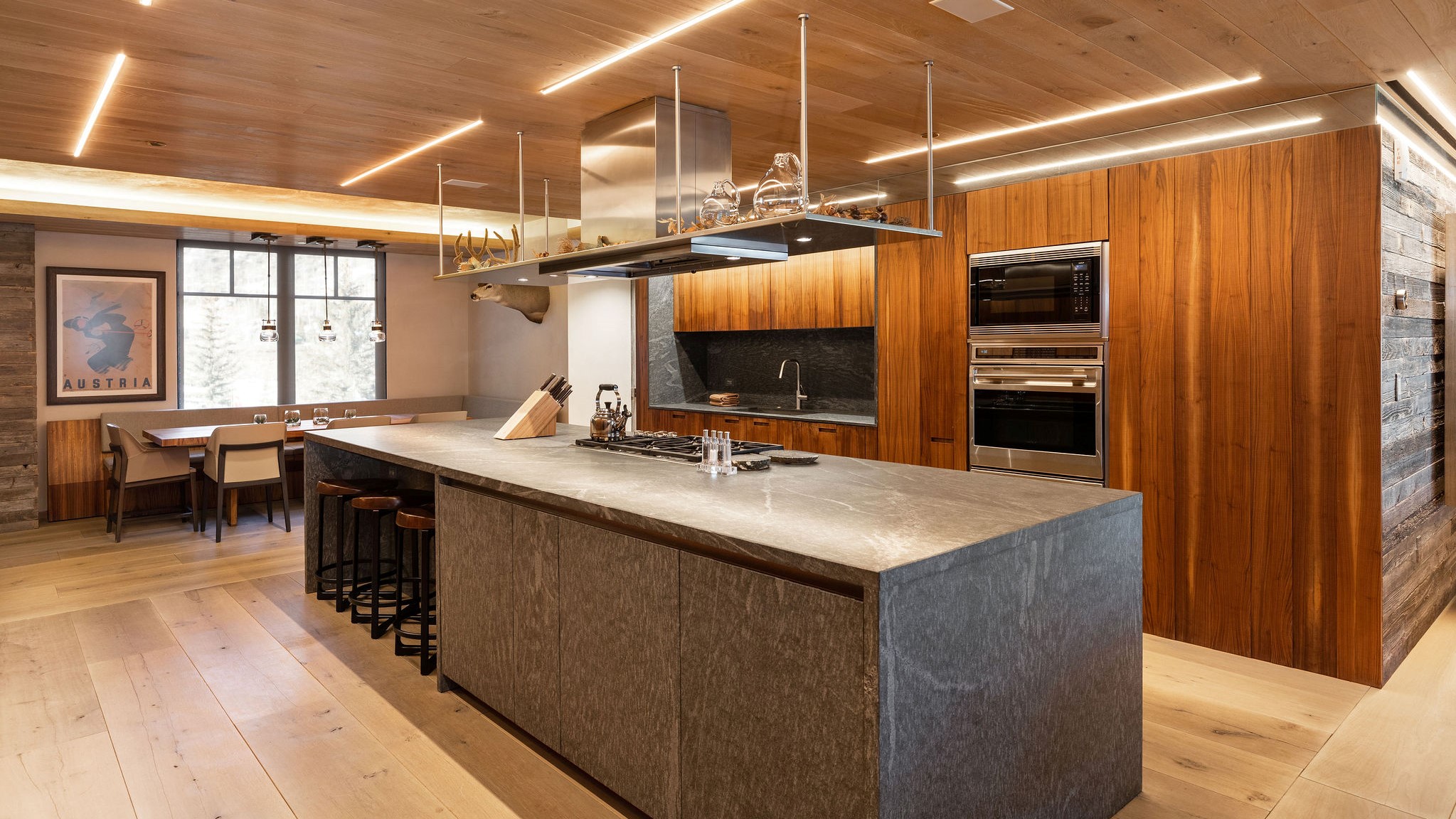 Standard eased-edged countertops look nice but aren’t terribly interesting. Uniquely cut granite and marble can instantly add a wow factor to a kitchen. Consider a beveled edge for a more traditional home. Or, to maximize the style of a modern or contemporary space, opt for a waterfall-style countertop that goes over the edge of the cabinetry or island all the way down to the floor.

The countertop at this Four Seasons Vail Residence has a waterfall island. It gives the gut-renovated kitchen a modern touch to contrast the more rustic elements of the home overall. 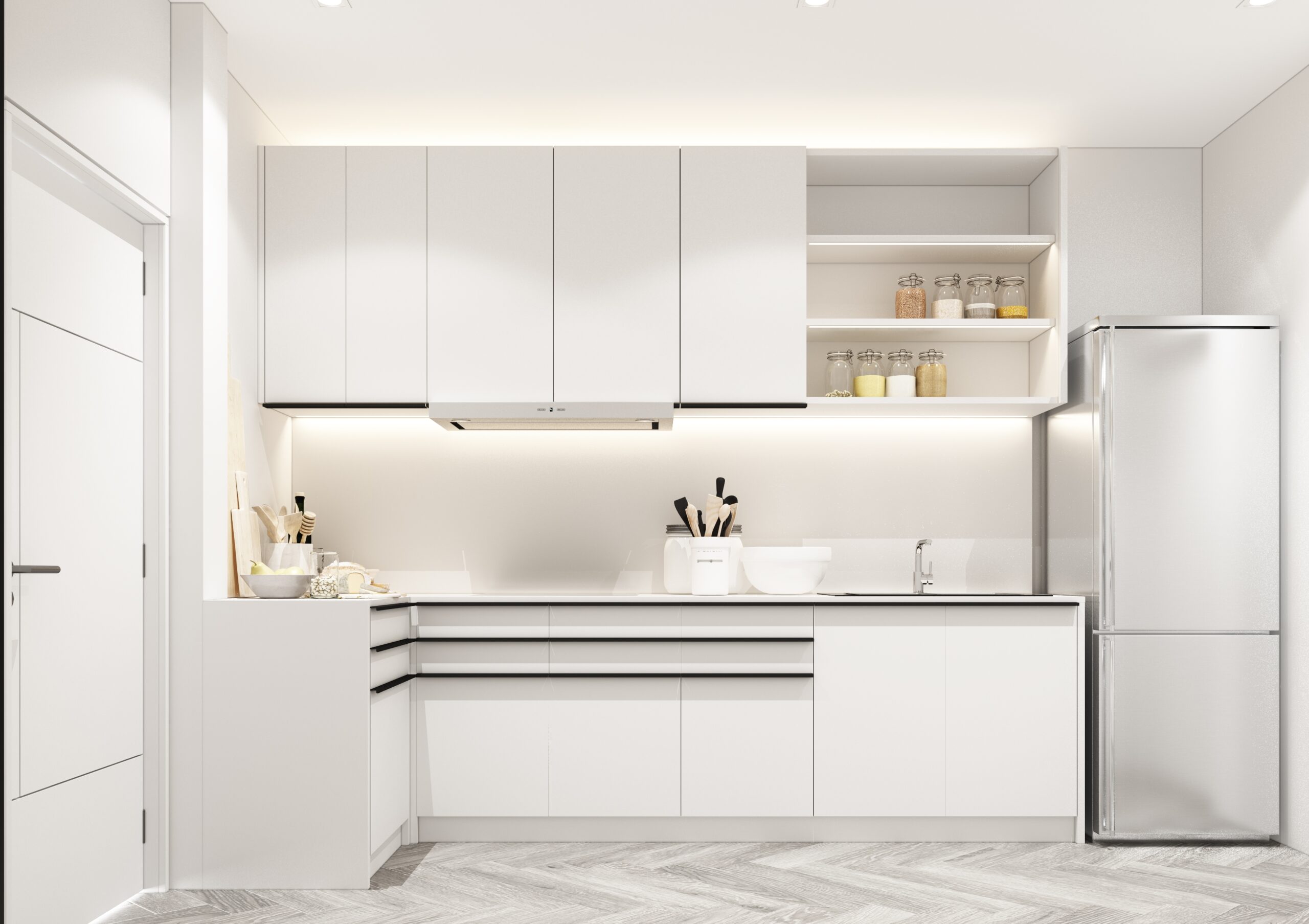 Want an even cleaner look in the kitchen? Try going stealth with concealed or hidden appliances.

What’s a kitchen without visible appliances? A very trendy one. “There are induction ranges that you install underneath the countertop and are able to cook directly on the flush surface. Imagine if you didn’t have to clean any grates? It’s a very James Bond-like move,” says Christine Vroom, founder of Christine Vroom Interiors 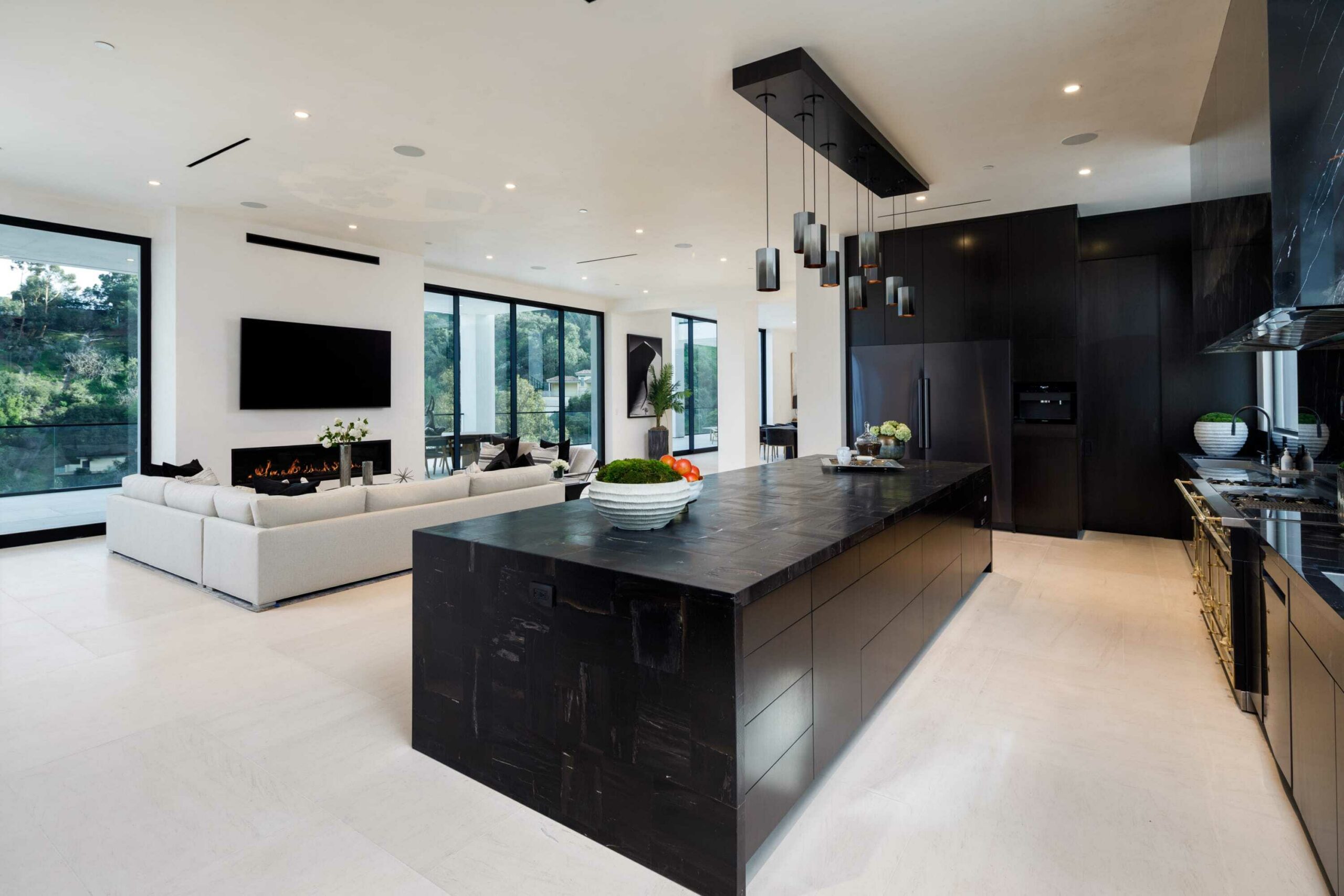 Once an afterthought, black appliances are once again a trending design choice. (Hilton & Hyland)

Black appliances have had a major resurrection in recent years. The newest black appliances have a cool modern aesthetic to them, often with a matte finish— looking nothing like leftover relics from the 90s. “Jenn Air came out with a black interior fridge and it feels so luxurious,” says Vroom.

Jenn-Air isn’t the only brand offering black appliances. Bosch, SMEG, and Kitchen Aid are other brands to consider. 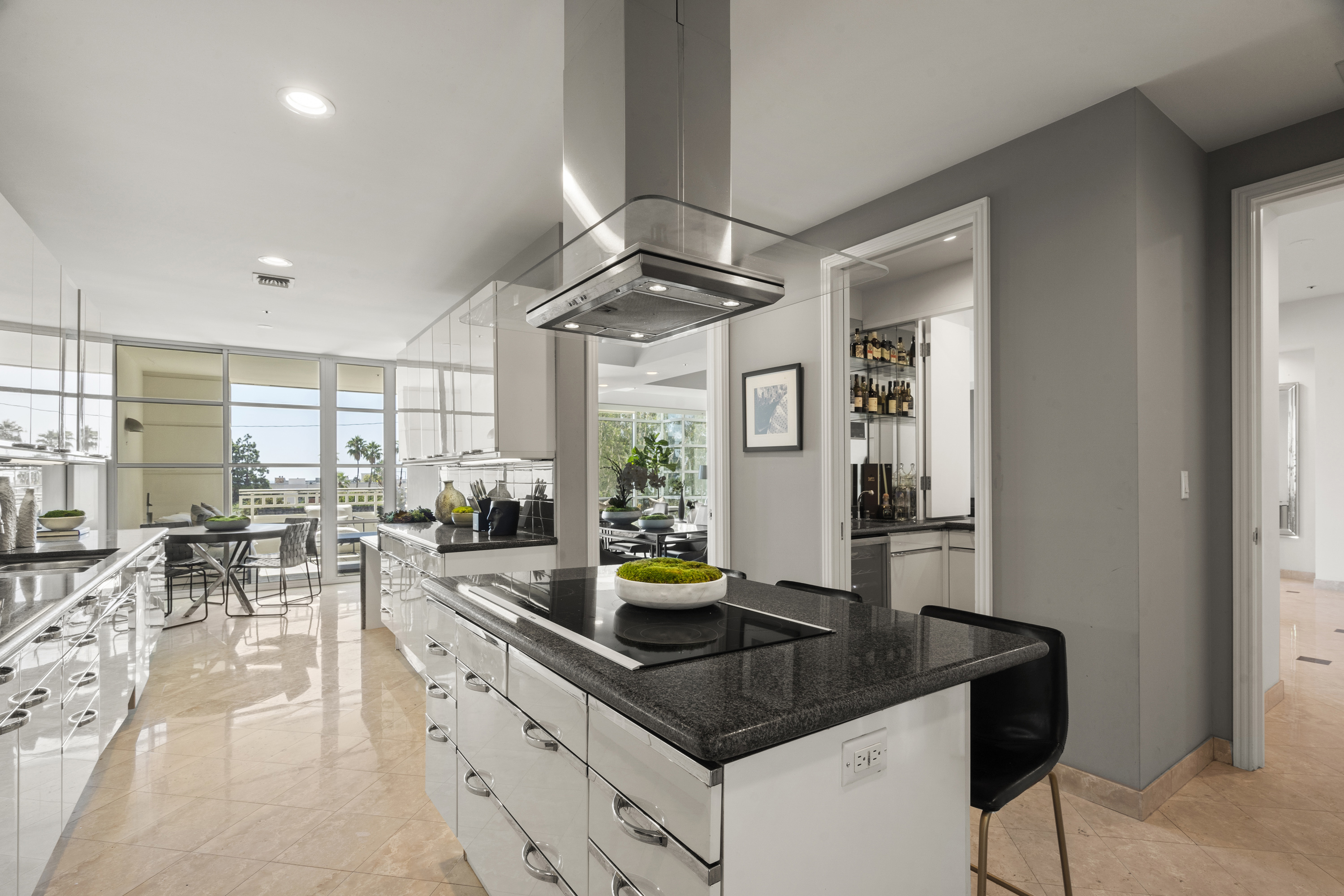 While a hood is the best way to make sure your kitchen doesn’t become smoky while cooking, these appliances are also an opportunity to make a statement. “A super dramatic hood— metal, or plaster, or have it be completely encased in cabinetry and super-wide. There are no limits!” says Vroom.

We see this in the large modern hood in Unit 304 at 10380 Wilshire Boulevard in Los Angeles Made of stainless steel and acrylic, it compliments the double Sub Zero refrigerator.